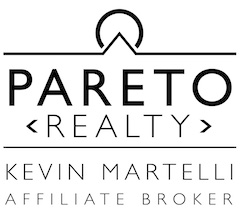 Keep up with Kevin on:

“As expected, 2016 home sales picked up where 2015 left off. Closings were up almost 10 percent over January of 2015,” said GNAR President Denise Creswell. “Beginning the year with over 2,000 closings is an encouraging start. The last time our region saw a January with more than 2,000 closings was 2007. Our January numbers have consistently increased since 2010.

“The continuing upward trend in home sales is a positive, however there are challenges to housing that still need to be addressed,” continued Creswell. “Most notably is the need for more affordable housing. Many buyers are going outside of the Greater Nashville area to find more affordable options, so hopefully soon there will be some additional programs in place to provide more economical options for buyers.”

There were 2,212 sales pending at the end of the month, compared with 2,204 pending sales at this time last year. The average number of days on the market for a single-family home was 64 days.

Inventory at the end of January was 11,352, compared with 12,663 in January 2015. “Despite inventory levels being down from a year ago, they are up from December of last year,” said Creswell. “Buyers are looking for options and, with spring on the way, we expect some additions to inventory. It’s not too soon to begin thinking about placing your home on the market, and getting ahead of the spring season could be an advantage.”

Kevin Martelli is a licensed and insured real estate agent serving the Nashville, Tennessee area. Kevin is a proud member of Greater Nashville Realtors. He is a Realtor and an Affiliate Broker at Pareto Realty, LLC. View all posts by Kevin Martelli